This event has already taken place! Please make sure you are in the correct year. ×
Mar
05
Thursday
Mar
05
Thu 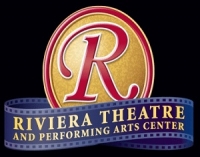 Tony Lewis, musician, songwriter and record producer is best known as co-founder of The Outfield. Together with John Spinks, the two took the 80's by storm with their infectious pop songs, including “Your Love,” “All the Love,” and “Say it isn’t So".

A legendary pop star, Tiffany has earned two number one hit singles "I Think We're Alone Now" and "Could’ve Been", and set a record as the youngest female artist to top the Billboard charts.